The project involved building a 600 tpd mining and processing operation on Banks Island which is located off the west coast of British Columbia near the Queen Charlotte Islands. The fact that the site is located on an island made building the project more difficult since the only way to access site was by barge or float plane.

In addition to the remoteness of the site, the process plant catered to three producing underground mines on the island, therefore, the run of mine ore into the process plant had widely varying characteristics. 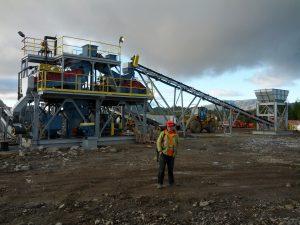 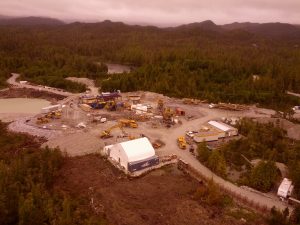 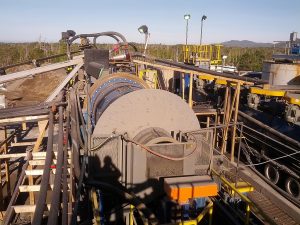 To cater for the widely varying characteristics of the run of mine ore, a means to upgrade the ore prior to entering the milling circuit was critical.  To alleviate the load on the process plant, a DMS plant was designed and installed to upgrade the material by separating the light gangue from the heavier, mineralized ore.  The 600 tpd DMS plant rejected approximately 40% of the run of mine ore, thus allowing high grade sulphides to report to the process plant which consisted of milling, flotation and dewatering.

The DMS plant mitigated the effects of dilution in the mine and enabled an economical, bulk mining method to be used for narrow vein mining.  The process plant produced gravity recoverable gold and flotation concentrate.