The grinding circuit at Young-Davidson was originally designed and built without a pebble crusher loop.  Since the mill was rejecting approximately 50 tph of un-grindable pebbles, a significant stockpile over the span of 5 years was generated. The objective of this project was to crush the existing 50 tph “fresh” pebble stream all-the-while reclaiming and crushing the stockpile of pebbles.

The challenges of this application were as follows: 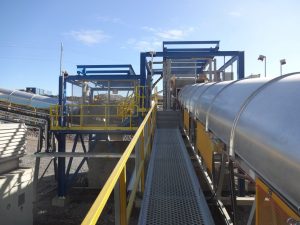 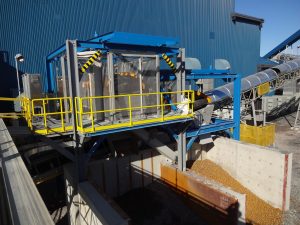 The pebble crushing system was also dynamically controlled to cater for the variable feed by running the crusher at variable speeds from a VFD – this was a first for a pebble crushing application.

To overcome the lack of drawings of the existing plant, Halyard utilized point cloud technology to survey the area to ensure new equipment and concrete works would not clash with existing equipment.

To ensure the pebble crusher circuit would not adversely effect operations, the circuit was decoupled from the grinding circuit by utilizing a diverter on the fresh pebble conveyor to dump the pebbles into a bunker in the event any equipment in the pebble crushing circuit unexpectedly tripped.

The project was completed on budget and the integration of the pebble crushing circuit did not unexpectedly interrupt production during the construction and commissioning of the equipment.

The circuit helped Young-Davidson to deplete their stockpile of pebbles and continues to operate to crush fresh pebbles being rejected by the grinding circuit. 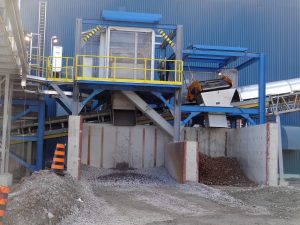 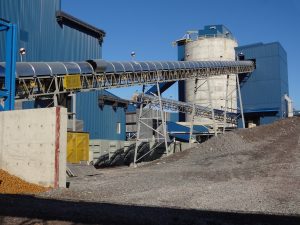 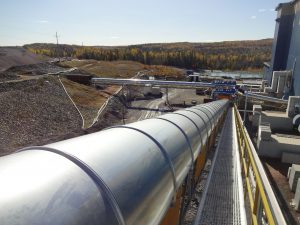